The guild first meeting of every year is given over to our AGM and was held in Bishopstown Library on Saturday, 19 January 2019, followed by a meal in The Wilton Steak Bar & Carvery.

The AGM provides a great opportunity to recount the guild’s achievements in the previous year and lay out some plans for the coming months.

2018, was a busy year for us with workshops in Pin Weaving, Natural Dyeing, Origami & Nalbinding.  Some of us were lucky enough to visit Cushendale Woollen Mill and Zwartbles Ireland in Kilkenny and we all enjoyed the demonstrations and discussions about spinning with unusual fibres.

The main project for the year included our take on a Tapestry Diary as inspired by Tommye Scanlin.  Three of us managed to complete our diaries, one woven, one spun and one knitted (albeit with commercially spun yarn). 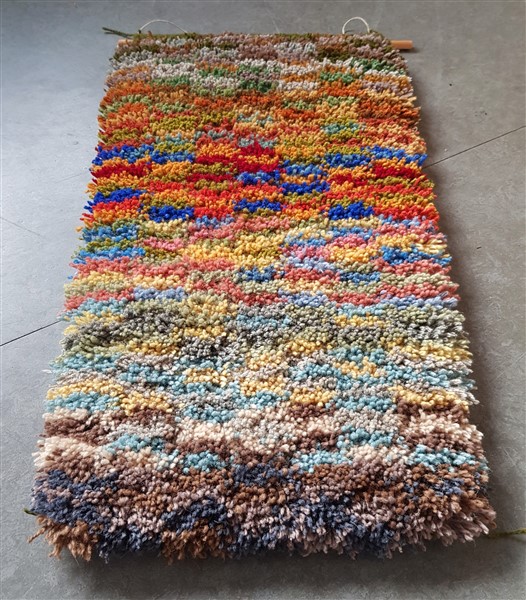 Gerda’s brought here Rya Tapestry Diary with her to the AGM, which she had turned into a Wall Hanging.  The colour palette she chose, really captures the four seasons and it’s great to see how colours interplay with each other.

The general consensus from members in 2018, was that the guild needs to encourage new makers to join and that to do so we needed to increase our visibility.  We’ve already taken several steps in order to do this and intend to expand on our work throughout 2019.  So far we’ve achieved the following

Four Members, Margaret, Maureen, Heather and Lora were able to use our new Pop-up sign to great effect when they attended two Christmas Fairs in December to highlight the guild and encourage new members.  Cars were packed with spinning wheels, weaving frames, banners, fibre, samples and other goodies.  There seemed to be a good deal of interest, so let’s hope it brings results.

The AGM has traditionally been the time when we exchange our Kris Kringle gifts with each other and unusually for us, we had decided to make a scarf.  Once all of our gifts had been swapped, opened and admired, it was interesting to compare the differences.  Some were woven whilst others were knitted, some were vibrant, with others slightly more muted.  Each has its own personality and what’s more, seemed to end up with the perfect person.

Looking forward to 2019, we’ve already drawn up a full itinerary of things to do, some of which will hopefully feature in the celebrations for the guilds 40th birthday/anniversary in 2020.

If you think you’d like to join us, please drop us a line using the Contact Form here. 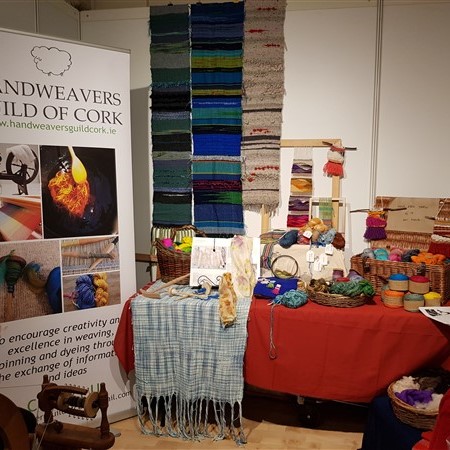 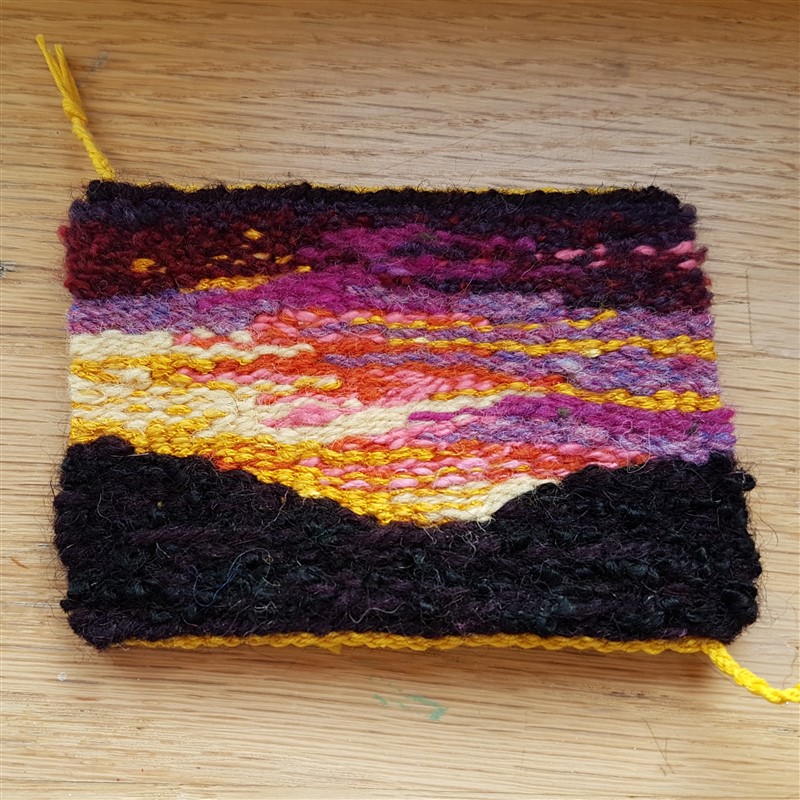